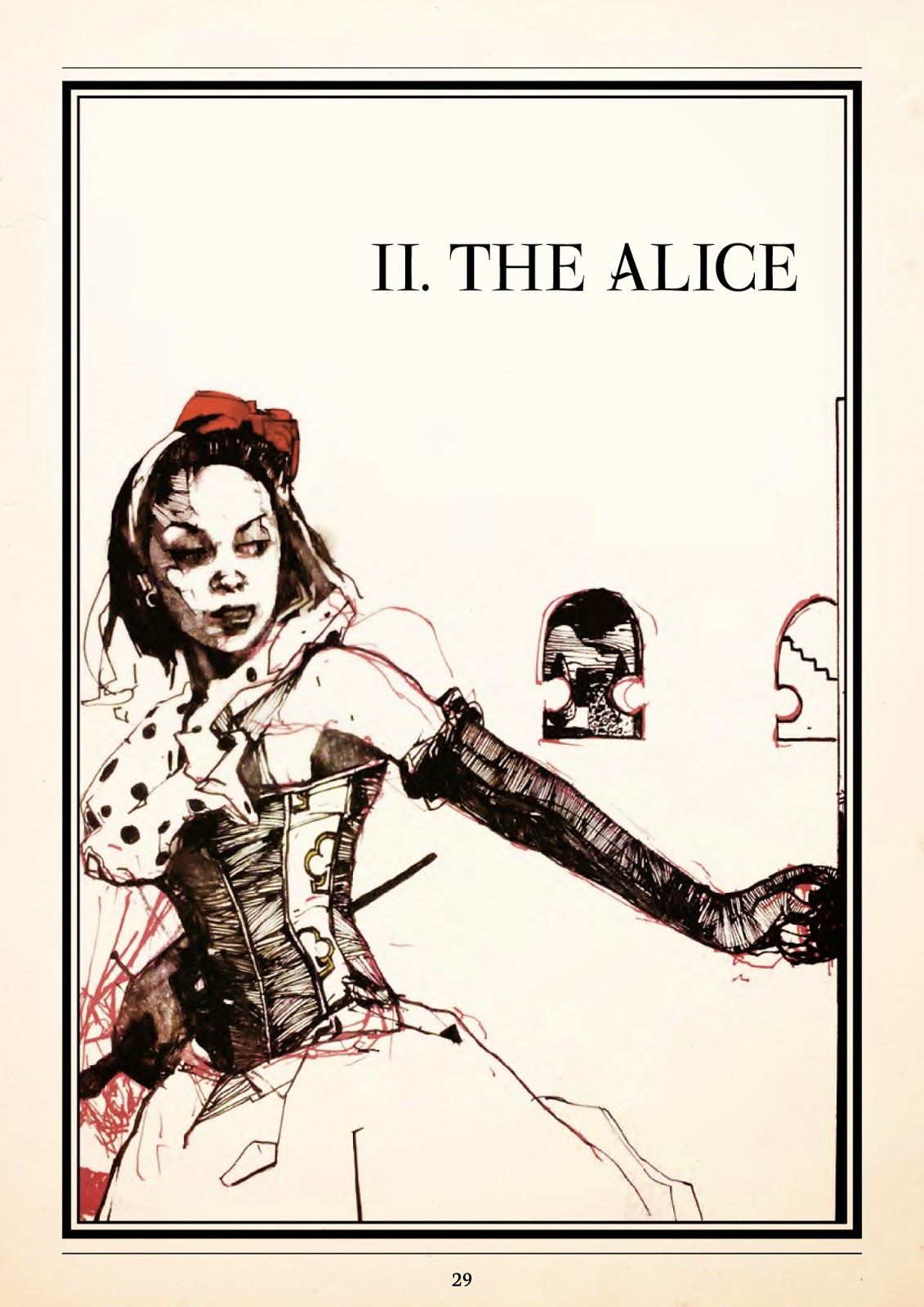 Alice in Wonderland is the namesake, but Bilbo Baggins, everyone who survives Joseph Heller’s Catch-22, many a Vonnegut character, and your occasional foreigner in Korea all  fit the archetype. Alices can be of either sex (they’re called Alistairs when they’re male), and have their own class skills, though they’re essentially Specialists with the thief skills replaced with a bunch of luck/coincidence skills.

While we’ll be using the original system for the Alice class (created by Zak S. and published in A Red and Pleasant Land), I prefer not to post the pages from that publicly here as it’s copyrighted material. (I’ll get a copy of the class info to anyone interested in playing an Alice, though.) However, Zak S. (the creator of the class) has posted a writeup of the class on his D&D blog, so check it out if you want to play an Alice.

If you care about balance (and your chances of survival), you’ll probably want to limit your party to one Alice character at a time. But, eh, we can talk about it.