So, I think we will continue to use Vancian magic for now. 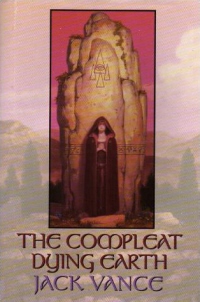 Well, Jack Vance was an influential fantasy writer. In his stories—most notably those collected under the title The Dying Earth—magic worked a certain way, and early on, D&D (and many other RPGs) adopted some of the features of his fictional magic’s system for use in RPGs.

This is a pretty good summary.

Vancian magic gets a bit of a bad rap in gaming circles sometimes, because people playing low-level spellcasters find it quite restrictive. Spell points are one popular alternative, because it allows spellcasters to improvise, and that leads to More! Fun! so why not?

It can be, and I’m thinking about some kind of experimenting with the magic system for that world. But I gotta say, the idea of spells being almost alive—aching to nestle themselves into a character’s brain, so they might find expression in the world once again, like a living thing that wants into your head, and which you have to master and control, in order to cast properly? A living thing build of crystallize, otherworldly, transdimensional mathematics and harmony?

That’s pretty cool, cooler than the way we normally talk about Vancian magic, where the spellcaster wakes up, “memorizes spells” for the day, and then goes off adventuring. This is more like opening up your brain so you can hide demonic little hamsters made out of math and chaos and energy inside your skull, until you’re ready to let one hop out of your mouth.

If anything, it raises the question of what happens with spells staying in your head staying there until cast, or until the spellcaster dissipates them—allows them to be expressed through some other means, whether dissolving into the ether (or the spellcaster’s own soft tissues) or some sort of firehose release of directed (but wild) pure magical energy? Would uroscopy (of the kind doctors practiced in the Early Modern Era) allow someone to figure out which spells someone currently had memorized, or which spells the individual had allowed to dissipate? Does some trace remain, no matter what, from any uncast spell allowed to dissolve this way? Can spells degrade under the pressures of a human brain, or can their effects meld and bleed through into one another?

Not just that, but what would it be like to sleep and dream with a Magic Missile spell lodged in your brain? Or Stinking Cloud? Or Speak With Dead? If you keep a spell unused in your brain too long—perhaps, hoping to write it down someplace safe, or maybe couriering it from one archmage to another—what happens?

Here are some possible house rules I’m kicking around for a long-term uncast spell retention option. Let me know what you think of them. Note the positive effects for successful retention—it’s not all suck. (But I feel like it lends the right flavor to spellcaster magic for the game world.)

A spellcaster who memorizes a spell can retain the spell in her brain indefinitely. There are reasons why one might choose to do so: for example, because one is traveling without a spellbook; because one expects to need the use of the spell, but doesn’t know when; because it will spare the spellcaster the requisite daily study time to memorize the spell over and over again despite not having cast it the night before.

So, then, what happens if a character chooses to keep an uncast spell in her brain for longer than 24 hours?

Stage 1: Disturbed Sleep. The spells in the spellcaster’s head disturb her sleep. Each night she sleeps with retained spells in her head, she must make a Saving Throw vs. Magic with a penalty of -1 per spell level of the highest retained spell. (Sleeping with a 9th level spell in your head means a -9 penalty on your Saving Throw.) When she eventually fails her Saving Throw, she (a) gains no healing effects from sleep and (b) automatically gains a general -1 penalty on all die rolls the following day, but may choose to retain the spell.

As long as even one spell is retained, she must continue making the Saving Throw nightly. After the second failure, her general penalty becomes -2. After the third failure, the penalty becomes -3, and she temporarily loses 1hp per level of the highest spell retained. Then she progresses to Stage 2.

Stage 2: Spell Degradation. Retaining the spell after reaching a general penalty of -3 is dangerous, as the energies of the retained spells start bleeding into one another. A skilled Magic-User can prevent this, with a little luck, however, reining in the energies of each spell as she casts it.

When a caster in Stage 2 casts a spell, she must make a successful Saving Throw vs. Magic to avoid spell degradation. When she fails the Saving Throw, roll on the following table to adjust the result of the spell cast:

After experiencing one of the Spell Degradation effects from the table above, if the caster continues to retain any spells in her memory, the spells begin to attempt to colonize her mind.

Each day after the Spell Degradation effect is experienced, the spellcaster must make a Saving Throw (now at a -4 penalty) or have her personality partway overcome by a spell. This would be a bit like having your mind fused with a sentient math equation made of color and emotions. If he player can roleplay it satisfactorily, great. The spell is not human (and doesn’t consider human beings special), has no emotions, and is bent on one thing—having its effects manifest in the world in a “perfect” way.

(For example, a Magic-User whose personality has been encroached upon by a Wizard Lock spell may spend a few days assessing the doors of the city or town where she is, trying to find the one portal best suited to a perfect Wizard Lock being cast upon it.

If the spellcaster survives the encroachment—she can resist it by continuing to make Saving Throws each day—she will be permanently immune to encroachment by that spell. She will also gain one Tarnishing Mark from the Tarnishing Marks table (in the Changeling character race description page).

A spellcaster who has braved these dangers ought to get some kind of benefit, so here it is: if she can successfully store a spell in her brain for two weeks straight, then she will thereafter be able to memorize that spell and only use a half-slot in the future. (That is, she can memorize two instances of that spell in one slot.)

These rules are just an idea, but we talk it over and/or test them out and see what we think!

So, there’s some stuff about Wild Magic surges above, and also it gets mentioned in the Changeling “Race” writeup. 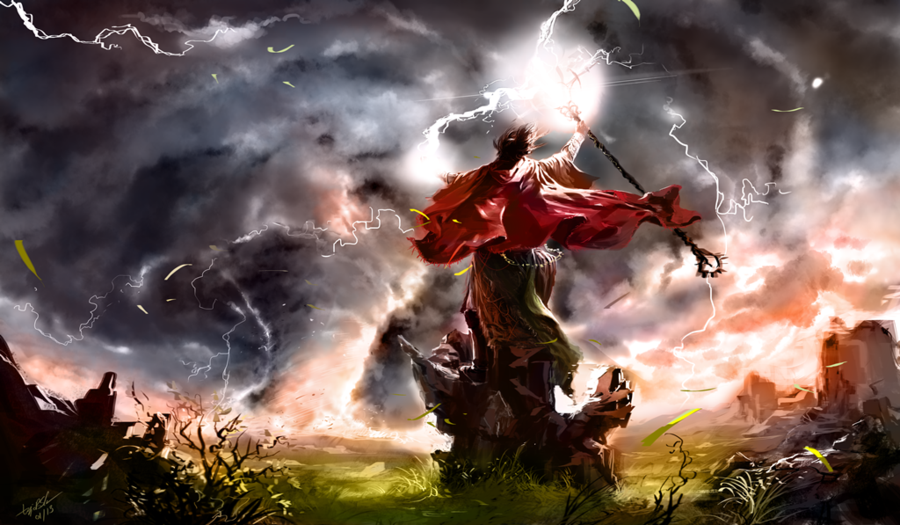 I haven’t picked a single table I want to use. Here’s a massive wild magic table we can use for wild magic surges (but it’s pretty repetitive and plenty of the effects aren’t particularly interesting), and here are some other tables that have been collected. Also, this is a pretty fun one.

I guess I’ll decide randomly which one to use, if and when it comes up. Maybe I’ll even be able to do up a random wild magic surge effect generator for the site or something, if it becomes something we actually need.