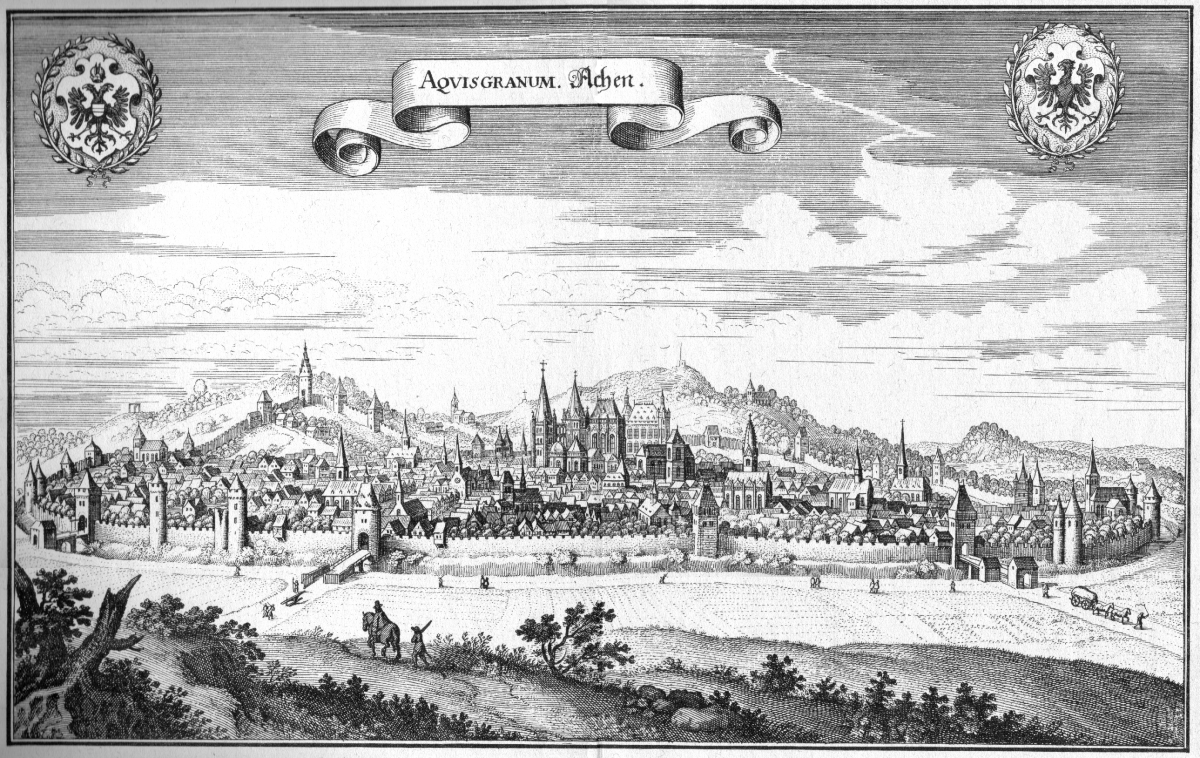 Today, Aachen stands on the Western border of Germany, a little more than a stone’s throw away from Belgian territory, but in the 1680s, Bad Aachen was located in the German province of Westphalia. It’s a town rich with history: the Romans had a settlement there to take advantage of the hot springs on the site, and festooned the baths with pagan idols; later, Charlemagne lived there, and it was an important coronation site for the kings of the Holy Roman Empire for centuries. (Though by the 1680s, that lies in the past, since the coronations have been moved to Frankfurt for political reasons.)

Bad Aachen in the 1680s is also rich with money, too: despite the region being embroiled from time to time in bloody religious wars, the city’s merchants have great access to the wool-producing farmers of Flanders, and are well-positioned to capitalize on the wealth of the great trading ports of the Low Countries. The city is also a luxury resort of sorts of the wealthy and the ill, because of rumors about the curative powers of the hot springs there; this has also boosted the local sex trade, crime networks, and the population of general ne’er-do-wells to mind-boggling proportions. (More than one visitor to Bad Aachen has described the city as something of a cross between a massive brothel and a massive thieves’ den.)

On top of that, Bad Aachen was a major producer of manuscripts in the Middle Ages, and caches worth a fortune—some of them invaluable to scholars, and others containing priceless occult secrets—turn up from time to time as well. Occasionally a priceless ancient idol is discovered, or an unknown subterranean passage.

With the presence of many rich, desperate, foolish, and lonely visitors, the trade traffic to and from all over Northern Europe, all the attractions of the city (licit and illicit alike), and of course all the other roughnecks and wanderers looking for kindred kooks with whom to band together, it’s no surprise that a (relatively) large number of adventurers hang out in Bad Aachen. Indeed, many locals blame the Great Fire of 1656 on just that rootless, cosmopolitan group, though the political will to do anything about them has not really manifested. (Yet.) 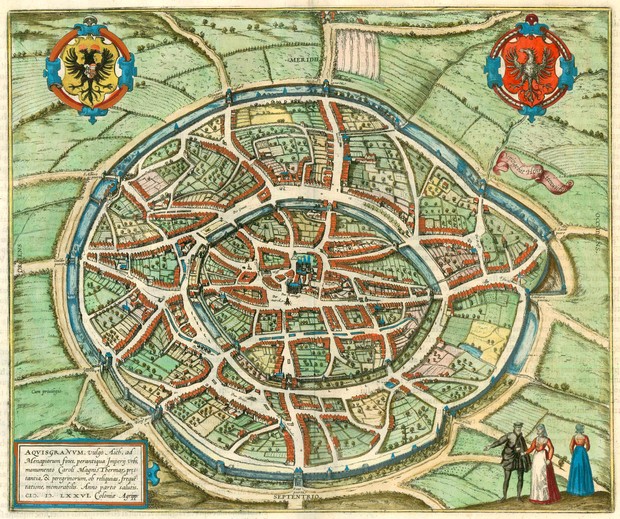 As you can see from the 17h century maps above, the area directly surrounding Bad Aachen is primarily composed of farmland. However, it doesn’t take too long before travelers find themselves—happily or unhappily—outside the reaches of civilization. Old, undiscovered ruins occasionally crop up, as does the odd wizard’s seclusium in some form of disrepair, or the occasional town that disappears off the map, or appears where no town has ever existed. The gossip mill in Bad Aachen is, of course, always grinding away, and a certain amount of grist is inevitable. But for the right person—and the right amount of coin—information is always up for sale… and that’s not even to get into the work-for-hire opportunities available in the town.

As most adventurers aren’t even really very well-acquainted with the actual operation of the town—how it is governed, by whom, how well or poorly—that is left up to the party to investigate and learn about, or to ignore.